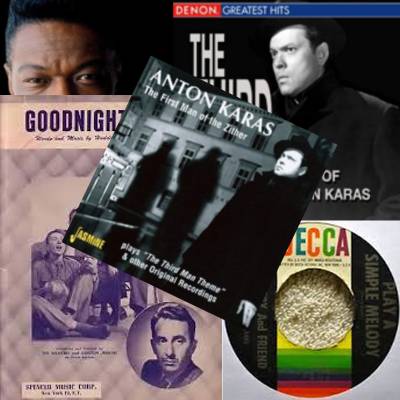 The top hits oldies music of the 1950s is mainly dominated by song stylists and crooners such as Bing Crosby, Frank Sinatra, Perry Como, Doris Day, Patti Page, and Eddie Fisher. They reflect the romantic, feel-good post-war optimism in America. Also, fan hysteria followed the likes of Johnnie Ray and Frankie Laine. This was the era when the record industry was booming and many recording artists reached their peak.

It was in the 1950s that saw the emergence of an oldies music genre that will have enormous impact on the history of music . When the first rock and roll records appeared on the pop chart, people thought that the genre was just a novelty or a passing fad. By the late 1950’s, it was the biggest force in music.

At first Rhythm and Blues or R&B’s was popular only among African-Americans in the US. Then it was discovered by hip white teenagers, who seemingly have boundless energy and a lot of spare money to buy records they could dance to with wild abandon. The beats of R&B was incorporated in several white acts, among which includes that of Bill Haley and His Comets. It gave rise to a hybrid known as rock & roll. This sanitized cover versions of R&B flooded the pop charts. But listeners demanded the real thing, and they found it in the music of Little Richard, Fats Domino, Chuck Berry, Pat Boone, Frankie Lymon and the Teenagers, and The Platters. In 1956, Elvis Presley was discovered and became a rock and roll phenomenon. Other rock and roll heroes followed, like Gene Vincent, Carl Perkins, Buddy Holly, the Everly Brothers and Jerry Lee Lewis.

Before the decade was over, Elvis was in the US Army, Little Richard had retired and Chuck Berry and The Platters had been charged with immoral offenses. Jerry Lee Lewis was in disgrace for marrying a minor and Buddy Holly was dead. The rock’n’roll heroes seem to be on the decline. RnB however, continued to grow storing, and this genre, mixed with rock and roll based and gospel-laced sound, was to greatly influence many successful records in the oldies of the swinging and soulful Sixties.

Which 1950 song is memorable to you and why?  Share your thoughts in the comments below!